The clock towers have always hold together the world. They act as both cornerstones and time knobs for the entire region they are in. They strike the hours with perfect precision and set, rather than tell, the time around them.

In faithful hours, they have been used to rewind great tragedies, and avoid the deaths of millions.

You are one of the ClockMakers, an ancient order of mechanics and scientists devoted to the keeping of the clock towers.Operating the Clock Towers is a delicate task, as the slightest mistake could cost dearly.

Today, you have been sent to check out a malfunctioning tower. As you approach it, you see all too clearly the effects of its faulty influence.

Gradually, mile after mile, you have seen snowy lands give way to grass fields, as if winter never came to this land. The tower is causing a perpetual summer, and the landscape becomes more and more twisted as you approach it. You can see the hands of the clock clearly now, and it’s not a pleasant sight.

As the Seconds hand approaches the top of the clock, in fact, a loud noise of jammed gears fills the valley. Then, forcefully, deliberately, the hand is wound back 30 seconds, locking the land inside a perpetual noon. Out in the open, there is still the influence of the other towers to mitigate this madness, but inside… who knows what craziness awaits.

Clockbound is the product of the combined efforts of:

Thanks so much for playing our game!

Beautiful original soundtrack by Crhis. Stunning. Thanks for your help mate! 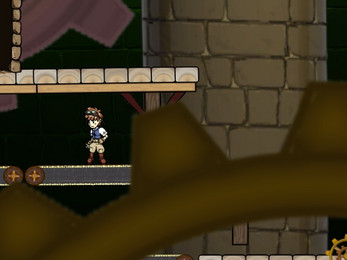 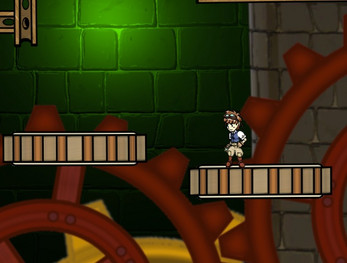 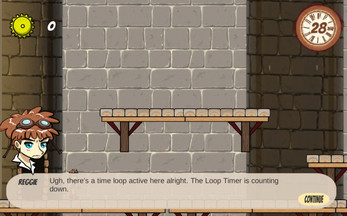 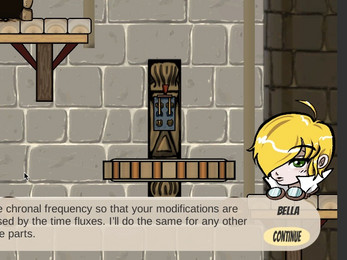 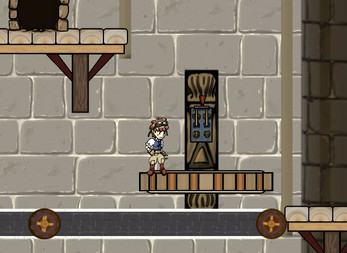